Tonight went see Deadpool 2 is was amazing watching this movie one best sequel every see in life time .
Wisecracking mercenary Deadpool joins forces with three mutants — Bedlam, Shatterstar and Domino — to protect a boy from the all-powerful Cable well just watching Deadpool 2 . From start to finish it was just laughter from scene to scene.

I understand the fourth wall breaking overall kill but you just can’t help to laugh because Ryan Reynolds pulls no stops. Deadpool 2 really pushed the limits and the humor drives the story. Wilson using humor to is fun to watch. The action was amazing and the new additions such as Josh Brolin’s Nathan Summers (Cable), Zazie Beetz’s Domino, the new Yukio who also appeared in The Wolverine played a different actress who brings this fun spirit was nice. I don’t know if I should say easter eggs or cameos because it just went bonkers with the amount of star power this film had even if it was for like for split second. The way Reynolds pokes fun of everything and himself is what drives the story. The mixing mashing for this film starting with the Skyfall style opening to John Wick to Indiana Jones and Raiders of the Lost Ark just brought enjoyment and laughter. I especially loved the John Wick reference throughout the film and also the cameo by David Leitch was a memorable one. Josh Brolin’s cable as the brooding time traveler Cable brought a nice dynamic and John Connor mixed with Terminator vibe that he brought was excellent. I hope we get to see more of his story in the next X-Men/X-Force film exploring about the techno organic virus as well as the future he came from.

The moment fans knew Deadpool would finally be making it to theaters, talk began about whether Cable would eventually appear on film. Both created by Rob Liefeld, the two have spent the past few decades teaming up on a number of adventures. And given their vastly different personalities, hilarity always ensues. The end credits of the first film confirmed that Cable would appear in Deadpool 2, and now we’re much closer to that reality. 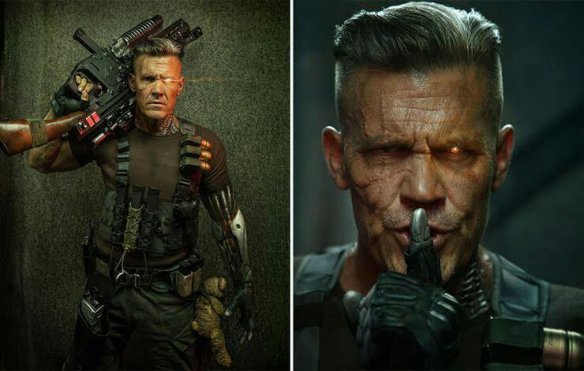 The production has been on the warpath to find the right actor for the role for months, with Michael Shannon almost nabbing the role and Stranger Things star David Harbour on the shortlist. Know people ask me he Thanos in marvel cinematic universe but they dont own right x men cinematice universe that is Twenty Century fox is totally completely to explain live with it of casting.

​ Director  Tim Miller is out for Director the Deadpool sequel there confidential issue with  Ryan Reynolds  the casting of cable for Deadpool 2 .

There  been more reports are coming in that the friction between Director Tim Miller and Deadpool Star Ryan Reynolds is stemming from Miller wanting to cast Kyle Chandler as Cable, and Reynolds not agreeing with the choice.

​Today confirm Bryan Singers that Mister Sinister main villain for wolverine part 3 the last one Hughes Jackman appeared ask wolverine  in movie ..
Here  biography  the  of character   Mister Sinister is a fictional character, a supervillain appearing in American comic books published by Marvel Comics. The character first appeared in Uncanny X-Men #221 and was created by writer Chris Claremont and artist Marc Silvestri.
He ones favorite x men’s villain and coolest in x men’s universal I hope this villain more than time great villain use multiple times on x men’ cinematic universal.
Now questions who casting the role for the  character  for movie wolverine part 3 well release in March 3 2017.

This true twenty  century fox alllow x men’s character been future  marvel studio The movie would feature the Avengers and X-Men too many fans break this into an “us versus them” thing with Fox and Disney/Marvel Studios – but the truth is, if it makes business .

Deadpool part  2 now aggie me  or disagree me this debate topic you people out there well who every Fox pick playing Cable  Deadpool  part 2  we’ll release in theater July 13  2018 . 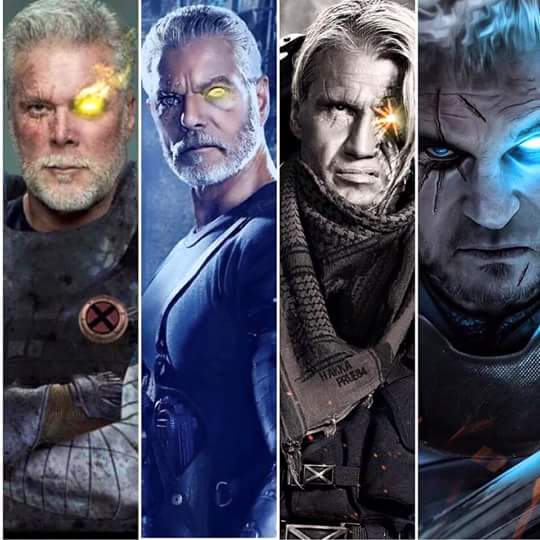 Dolph Lundgren Said he was playing Cable in Deadpool part 2  movies,” Lundgren admitted to  but he did hear of the superhero with “the funny mask,” Deadpool.

Cable, a telekinetic and telepathic gun-slinger with a bionic arm, shared a comic series with Deadpool called Cable & Deadpool from Robert Leifeld and Fabian Nicieza. Before the movie sequel was formally announced by 20th Century Fox, a post-credits scene attached to Deadpoolsaw the Merc with the Mouth announcing Cable in the next chapter.

The Hollywood Reporter brings word that re-writes on 20th Century Fox‘s X-Men spinoff Gambit has forced production on the film to delay its start date.

Previous reports indicated the film would begin in March of this year, but the trade now reports things may not kick-off until the end of 2016. Magic Mike writer Reid Carolin is reportedly penning the latest draft.