I watching on Netflix The Old Guard starting Charlize Theron

A group of mercenaries, all centuries-old immortals with the ablity to heal themselves, discover someone is onto their secret, and they must fight to protect their freedom

This his speculative action thriller possesses more gravitas than the average comic-book fantasy, although it traffics in similar supernatural powers and arcane interior rules. Much of the interest in this well-crafted but overfamiliar piece of world-building is how the movie parcels out crucial information to the audience, about who Andy and her cohorts are and why, precisely, they’re so intent on cutting a murderous swath through every corner of the Earth they’re called to.

This totally awesome movie enjoy this could next major Franishine movies coming year . Give this movie five bowls of guacamoles

I give  mine Rescpt of to family to George Romero  he favorite director module day era  in film and television i enjoying was growing up watching films and television .

Yesterday we lost the father of the modernization era  zombie genre of films and tv. Rest In Peace George Romero. Bronx born, Cuban-Lithuanian creator of 1968’s Night of the Living Dead which spawned the modern culture of the zombie apocalypse we live in today’s horror film subgenre.

He was  head time ask filmmakers enjoy watching night  of living dead i honestly still scary gourgie and bloody   film’s all time’s still scary would i watching in mine apartment .

Thanks you George Romero for  memories give the industry  ask a  great filmmakers .

Here stories about it  Alison Brie stars as Ruth Wilder, an out-of-work actress living in Los Angeles in the ’80s. Wilder finds an unexpected chance at stardom: enter the glitter and spandex-laden world of women’s wrestling, where she must work alongside 12 other Hollywood misfits. Marc Maron plays the role of Sam Sylvia, a washed-up director of “B” movies who tries to lead the group of women to fame. The series is created by Carly Mensch and Liz Flahive, who serve as executive producers with Jenji Kohan and Tara Herrmann.

Like i said  this bring memories  growing up kid in 80’s  i was watching  Glow great new series go check on Netflix streaming now .

This mine Netflix original Glow season one is Netflix now this series.

Thrust into an all- adventure, a down-on-his-luck Capt. Jack Sparrow feels the winds of ill-fortune blowing even more strongly when deadly ghost sailors led by his old nemesis, the evil Capt. Salazar, escape from the Devil’s Triangle. Jack’s only hope of survival lies in seeking out the legendary Trident of Poseidon, but to find it, he must forge an uneasy alliance with a brilliant and beautiful astronomer and a headstrong young man in the British navy .

Javier Bardem who in movie evils Captain Salavar  was great villan  in movie since Davy Jones .

Javier Bardem performance great playing the role of character like was in movie .

Now mentioned this case considering other sequel of franshines Jerry Bruckheim said well other one if Johnny Depp  if he sign other movie .

One sign that things might finally be moving forward is that the studio is in the early stages of casting. Ansel Elgort, best known for his roles in the Divergent series and The Fault in Our Stars, is reportedly in talks to star in the film.

I glad going this movie project  so many fans dungeons and dragons including me  i think this blockbuster movie franchise looking see movie
dungeons & dragons is in early development, and does not currently have a release date. We will keep you updated as more information becomes available.

Confirm Kellan Lutz in the for He Man in remake  master universal movies from Sony pictures  .

Well Kellan Lutz  previous roles Generation Kill and 90210 before he gained more attention for his role as the vampire Emmet Cullen in the Twilight movie series. The actor has since taken steps to make a name for himself as an action star – with supporting roles in the movie .

He tweets out  pictures on his twitter account pictures wear he – man outfit  he looking pretty cool the Masters of the Universe  itself has proven to be something of a challenge so far, with directors such as Jon M. Chu  well see how more news  further and future   details  on movie project.

Today went  movie see the war craft
‘Ive never personally played any of the games, but I’ve always been had a fascination for the lore fantasy is one of my favorite genres of fiction, and it’s been ages since we’ve had a good movie not based on the works of J.R.R. Tolkien. .

They and don’t even get me started on the poisoned well that is video game adaptations, which by film standards have never been good.

This awesome movie in theater to watching  this  see was epic to see.

There  was a lot of pressure for director Duncan Jones and the first big screen adaptation of Warcraft but this one best visionary movie  since  lord rings movie i like how was the movie  .

Here’s the story the peaceful realm of Azeroth stands on the brink of war as its civilization faces a fearsome race of invaders: orc warriors fleeing their dying home to colonize another. As a portal opens to connect the two worlds, one army faces destruction and the other faces extinction. From opposing sides, two heroes are set on a collision course that will decide the fate of their family, their people, and their home.

This is the first Hell no, but it’s certainly ambitious, and it’s a huge risk for bizzard Studios and Legendary that hopefully pays off in the long run.

Overall, I still very much enjoyed Warcraft, warts and all great movie you fantasy fan, this was a very satisfying theatrical experience, probably more re-watchable than the Hobbit trilogy. As an outsider to the warcraft franchise, I am definitely more invested in the mythology, and will probably obsess over looking up various facts throughout the weekend.

Honestly, your mileage is going to vary with this one, if you’re a hardcore genre fan than you should definitely make a trip to the movie  theater  this weekend. 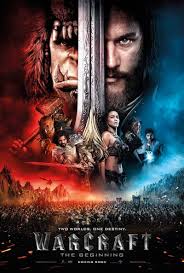 James Cameron held the number #1 movie with the first Avatar and now that the new Star Wars destroyed the box office, he’s finally going to start working on Avatar 2.

He’s been talking about it since he made the first one.  From what I remember, they are doing an underwater aquatic version of the original i can’t even imagine how the   Avatar reminds me of James Cameron’s version halo video games. 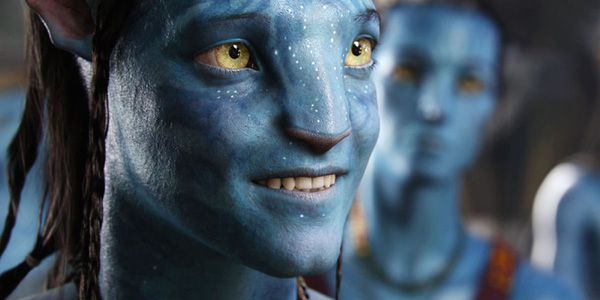 I just love Elizabet Banks and  she great actress  might watch good the movie and  choice for character i know  the original to Machiko Soga  in Power Rangers TV show   she was Japanese  .