Adam McKay has now discussed the possibility of directing a Silver Surfer movie with Marvel Studios. The director is currently in the midst of promoting his latest Oscar-worthy movie Vice, but his interest in joining the Marvel Cinematic Universe remains strong and may now be a real possibility there be a movie.

Wait see when it happened keep you posted latest news .

The Hollywood Reporter sources say he is developing the film with an eye to direct.

Legion creator Noah Hawley teased at Thursday’s San Diego Comic-Con panel for the show that he is developing a movie for Fox that fans may be interested in.

Right at the end of tonight’s San Diego Comic-Con panel for Legion, Hawley announced that he was working on a new project, which he would only give a brief, but very telling hint about: “I’ll just say two words. The first one is Doctor and the next one is Doom,” he saidTwo words,” he said. “Doctor Doom
The character is the chief antagonist of Marvel’s Fantastic Four, the superteam Fox has movie rights to. Maybe planning a doctor’s Doom solo film  with Director Hawley well see if happen  be great film .

According to The Hollywood report Hawley is writing the script with an eye to directing it himself in Doctor Doom movie  .

Despite writer and producer Simon Kinberg expressing a desire to make more movies with the cast, 20th Century Fox has pulled the Fantastic Four sequel from their release calendar.

Here problem this  announcement  twenty century  fox not sale right back marvels or working  then to fix problems  franchise doing  right the movie.

Why  they don’t doing twenty century don’t get long with marvel studio and with Kevin Frige  that be  problem  because  fantastic four one of the  first superhero group  comic book  history is    sad they do  a great  movie with popularity hopefully twenty century fox sale right back  marvel studio them doing right . 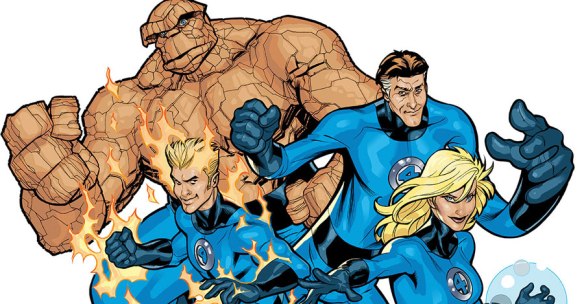 Ben becomes a monstrous, craggy humanoid with orange, rock-like skin and super-strength. However, the two end up being owned by the government and used as weapons.

1out 10 this fantastic 4 i give the movie between 5 and half of movie first two were act was just disappointed it was better first two fantastic 4 first franchise but that say much and any way pretty only was end most sequence .

For the film has indeed been on the darker end of the spectrum, a bunch of new posters shows that there is a little colour to be had in this comic book outing. Front-and-centre are the heroic foursome (Miles Teller,Kata Mara, Michael B. Jordan andJamie Bell), while one poster finally gives us a little further look at the villainous Dr. Doom, played by Toby Kebbell.

The writer’s add to they are  Andrew Barrer & Gabriel Ferrari, who did production re-writes on Marvel’s upcoming Ant-Man, have also joined the staff of writers that will expand the “cinematic universe” of the Transformers movies.

They good writer’s and producer’s for transformers cinematic universal maybe do the movie right well see when happen .

In addition, the outlet reveals that one of the potential titles in development is Transformers One, a prequel film set on the planet Cybertron which was briefly seen in the first film of the series. They also reveal this idea originated from rights holders Hasbro, and that the film could be an animated feature, though this remains unconfirmed.

People’s around Hollywood is critical Michael B Jordan be Johnny Strom the human torch .

You’re not supposed to go on the Internet when you’re cast as a superhero. But after taking on Johnny Storm in Fantastic Four—a character originally written with blond hair and blue eyes—I wanted to check the pulse out there.

Mine personally impatient i no problem  Michael B Jordan been Johnny Strom he very great young actors in Hollywood  i like him was in movie Chronicle he is great young  actor  .

People  out there critical on him stop racist bitter where  now  in 2015 we people out need stop think that way i dont mine Johnny Strom be black want best actor for role for movie .