When Spencer goes back into the fantastical world of Jumanji, pals Martha, Fridge and Bethany re-enter the game to bring him home. But the game is now broken — and fighting back. Everything the friends know about Jumanji is about to change, as they soon discover there’s more obstacles and more danger to overcome.

This was very good sequel movie enjoy this movie Dwayne the Rock Johnson Kevin Hart immediately Danny Divito and Danny Glover characters was funny it was enjoying to watch this .

On Favorite line in movie when Kevin Hart said Yes, Eddie does wind up in Dwayne Johnson’s body, which affords Johnson the opportunity to try a New Jersey accent. It’s not bad.

This all sounds more complicated than it plays out onscreen, which is to Kasdan’s credit. Adding to the twists is a body of water that enables avatar-switching; it reintroduces itself at a crucial story point, as one does. At another crucial point, the actress and rapper Awkwafina shows up to join in the ostensible fun; at another, Colin Hanks and Nick Jonas reprise their roles from the prior movie.

This amazing movie again give five Bowls of gulatmole this was fantasy.

This movie jumanji next level 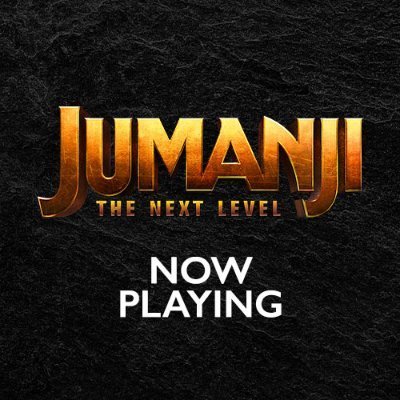