TriStar Pictures and WWE Studios is getting into the ring for a biopic about WWE chairman and CEO Vince McMahon.

The studio is in negotiations for the highly sought-after Pandemonium, which has Glenn Ficarra and John Requa, who direct and executive produce the hit NBC drama

It has been confirmed that Bradley Cooper is currently in talks to star as Vince McMahon in biopic titled Pandemonium. Cooper, who first broke into Hollywood with appearances on TV series like Sex and the City and The $treet has become one of the industry’s biggest leading men. Apart from attaching himself to successful franchises like The Hangover and Guardians of the Galaxy.

Vince MacManon one greatless the greatest sports enterment business men because he made wrestling mostly watch any mostly big  fours league sports in world  .
Think great idea do a bio movie of him they casting Bradley Cooper playing is be great Bio movie can’t see it theaters.

I keep you guys  posted latest news of this movie. 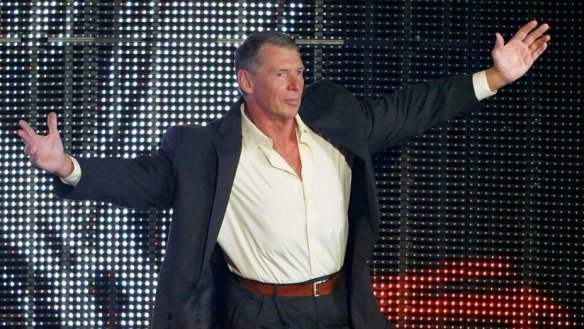