Batman forms Justice League Dark, a new team of dark arts specialists that is led by John Constantine. The team must unravel the mystery of a supernatural plague and contend with the rising, powerful villainous forces behind the siege. 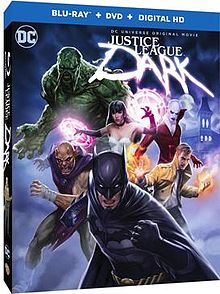