​
Deadline reports that Universal Pictures is developing a live-action version of the hit animated series Voltron for the big screen and they’ve hired Watchmen screenwriter David Hayer to script the project. Tom Engelman of The Chronicles of Riddick and The Lone Ranger .

This great news for  personal  Voltron one cartoon series was kid in the  1980’s and love  new  remake  series on Netflix. 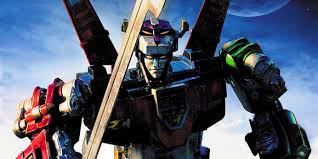