The funny thing here  original story  Doctor Doom  studios ask   Josh Tank change completely of movie  because take too long movies too much money in production well read original story of movie sound better.
In addition to Annihilus and the Negative Zone, we had Doctor Doom declaring war against the civilized world, the Mole Man unleashing a 60 foot genetically-engineered monster in downtown Manhattan, a commando raid on the Baxter Foundation, a Saving Private Ryan-style finale pitting our heroes against an army of Doombots in war-torn Latveria, and a post-credit teaser featuring Galactus and the Silver Surfer destroying an entire planet. We had monsters and aliens and Fantasticars and a cute spherical H.E.R.B.I.E. robot that was basically BB-8 two years before BB-8 ever existed. And if you think all of that sounds great…well, yeah, we did, too. The problem was, it would have also been massively, MASSIVELY expensive.”
On the surface, this all sounds better than what was given to fans in the final product. If you’re still on the fence, then maybe Slater describing Annihilus as “a pissed-off cybernetic T-Rex” will. Even though it would have been a comic fan’s dream come true seeing such a story on the big screen, it’s hard to overlook the fact that Slater’s story would have had the Fantastic Four fighting three villains, plus the introduction to Galactus and Silver Surfer – and even for the imaginative, the screen time needed to properly show them all seems impractical.
And as Slater pointed out, it wasn’t just Trank’s more grounded vision that ruled such a story out: even if it was able to sell audiences on the characters and world, trying to turn a profit on the $300 million budget Slater estimates .

If planning do sequel remake  franshine director  screen writers  and producer do they work  and get too avoid production of movie how I feel about this topic. 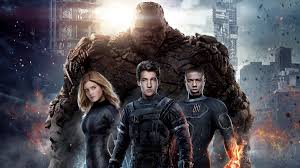